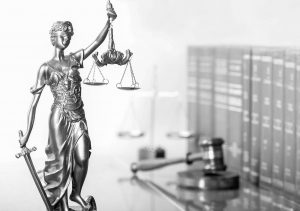 MCL Legal is a legal practice available for consultation to individuals, families, farmers and other small business. Our stengths are our pragmatic advice, attention to detail and our relationship with clients.

We are happy to adopt a collaborative approach and work with our client’s professional advisors to ensure that we find a cost efficient, tailored solution.

Michael Lowe was admitted to practice in South Australia in 2003. He practiced as a legal advisor in the Royal Australian Air Force until 2007 when he transitioned to private practice and later state government. In 2010 Michael relocated to St Arnaud with family to take up private practice again, purchasing the practice of Radford Legal in March 2012.

The practice now trading as MCL Legal has a rich history being born in the 1880s in the firm of Skinner & Hancock, purchased in 1890 by Colonel Dunkley. The Colonel served his community and profession for 45 years until his death in 1935 when the practice was succeeded by the Colonel’s son, Henry Leo Dunkley. Since H.L. Dunkley’s death in 1946 the practice has traded under several banners including Dunkley & Kelly, Hyett & Hyett , Rolf Breisch and most recently Radford Legal.

MCL Legal is again consulting from 78 Napier Street, home to the firm from the late 1930s until 2004.

Please contact us to find out more about our services or to arrange an appointment.